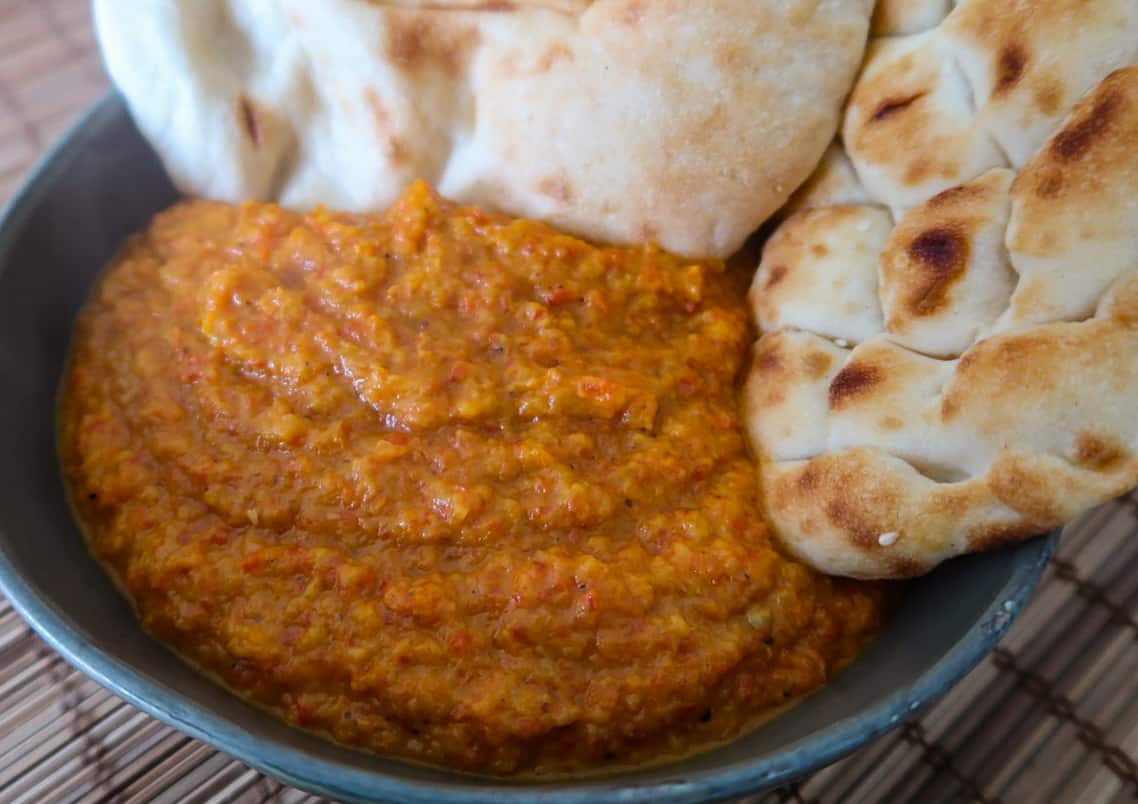 When I moved away from my family during the pandemic, I felt myself craving the tastes of my home. Not London where I grew up, but the home of my family, where my aunts, uncles and cousins live, thousands of miles away in Macedonia. However, the lack of international travel meant the only way I could get home was through flavour.

In my yearning for familiarity, I started simple with a dip, regularly making the Balkan Ajvar Recipe. As a dish it is beloved. It is often eaten with barbequed meats and in the middle of huge Balkan feasts and is the first dish to run out. And believe me when I say huge; in a Balkan household many celebratory meals leave no inches to spare on the table. Tables are gloriously laid out with feasts rich in flavour, with dishes often overlooked or unknown in comparison to other European cuisines.

In my house it would be an understatement to say that food was an important part of our story. For my family it served a lot of purposes. Food remained with us in times of joy, in times of anger, and in times of sadness. I grew up eating my culture’s cuisine in my time spent living in London. We ate the flavours of our families. It brought us closer to places we missed so deeply, which is why my brain jumped straight to flavour when feeling nostalgic.

Spelt as you can see in a variety of ways, is often also made uniquely dependent on area. One thing to note is that it is not traditionally made in small batches like I do at home but made in huge town-wide quantities. Prime harvesting season in Macedonia is usually in Autumn where towns get together to preserve the gorgeous local Ajvarka peppers, which we unfortunately need to swap out in this recipe for a more store-ready alternative before the produce goes bad. Whole communities get together to help prepare the peppers, handling picking the produce and charring them communally.

That is why this commonly eaten condiment ends up different and diverse in hundreds of different places throughout the Balkan peninsula. Each variation of Ajvar is brilliant and different. Some places add chilli. Some places take out the aubergine that is the magic of this dish. Some fellow lovers of this Balkan Ajvar may say that my recipe should have left out the aubergine. Unfortunately for them, I love the addition.

But for me though the best version of this Ajvar recipe will always be the one made by my Baba (which is Macedonian for Grandma) in her home, looking at the cherry trees in her garden. Whilst I cannot recreate everything about her Ajvar recipe, like the community aspects, I can recreate her flavours.

Ajvar can be added to anything. Mixed into mashed potatoes, as a pasta sauce, an addition to middle eastern shakshuka, or even as a meat coating – it works with it all. In fact my love for this dish sees me regularly eating it by the spoonful. However, it is more traditionally served as a dip for Balkan lamb and beef cevapi kebabs or on top of bread with some Kashkaval cheese (or feta). 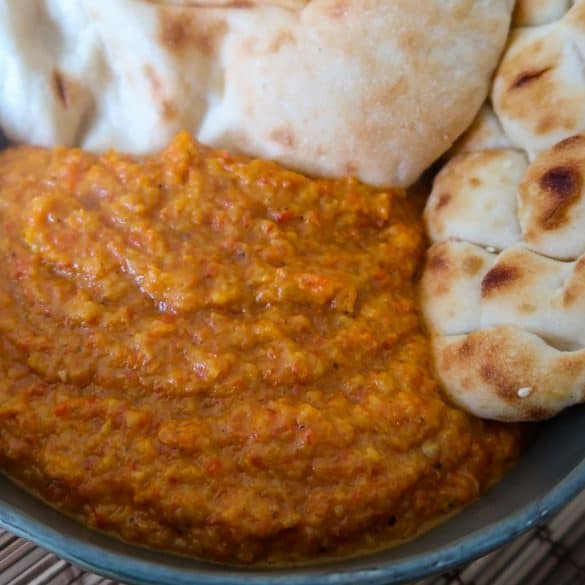 Hi! I’m Anya, I am Italian and Macedonian but grew up in London. I have always felt a deep connection to my culture through food. It is also an easy way to share my culture with other people. I truly believe the best way to discover a culture is through the food and my curiosity has taken me around the world in search of authentic flavour.